if you’re developing databases in SSDT, like you should, you’re probably getting a lot of build warnings.
One of the warnings you’ll see the most often is the “unresolved reference”.
Usually you solve these by adding either the master, the msdb or some application database as a database reference.
This post is about a warning you might get when out of habit (or, if like me, you didn’t know any better yet) you’re using old system views like sys.sysprocesses. You expect it to work but it simply doesn’t…

Even after you try add the master and msdb databases as references you’ll notice that you’ll still see “SQL71502: Procedure has an unresolved references to object sys.sysprocesses”.

The view sys.sysprocesses and several other system views only exist for backwards compatibility but they should still work. At least for now…
So what’s going on and how do we fix this?

As it turns out, there seem to be a couple of possibilities to fix this issue.

The 3rd solution has my personal preference, as it seems to be the cleanest. But it does mean you’ll need to take a bit more time to rewrite and test your query.

What do you do when you come across this issue?

You’re trying to install SQL Server 2017 Machine Learning Services onto an existing SQL Server 2017 installation.
You select the checkboxes for R en Python because that’s how you roll.
And off you go to the next screens! 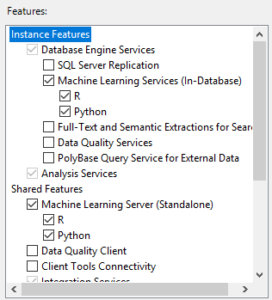 That’s when you remember it… Your server isn’t connected to the internet!
Pretty normal, but in your enthusiasm you completely forgot that SQL Server needs to download some binaries for the R and Python components you so desperately want on your precious machine!

Luckily, the installer comes to your rescue and shows you where to download those binaries it needs.
Turns out however… This link only is for one R component and the installer won’t let you pass to the next screen! 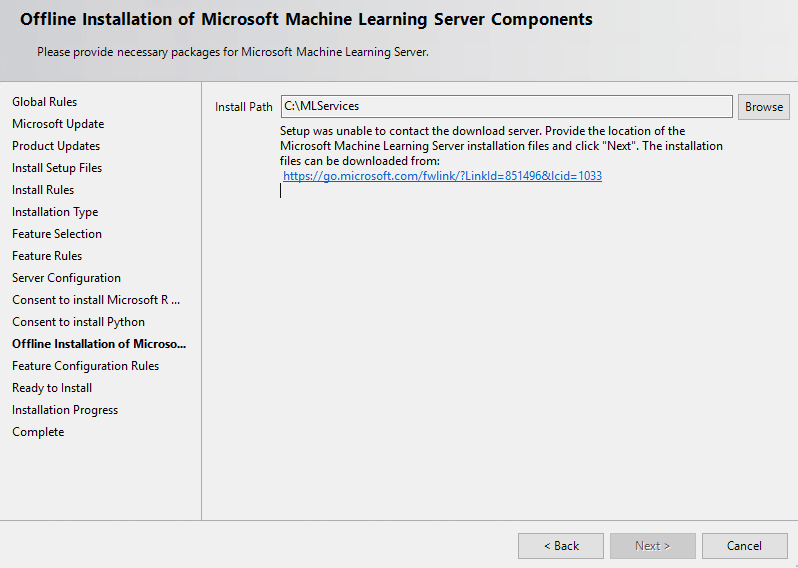 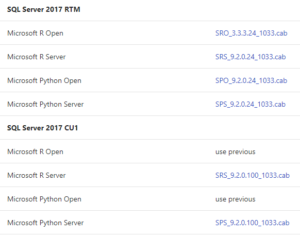 Hopefully, next time you’re installing ML Services, this will save you some time searching for why that “Next” button won’t become active.