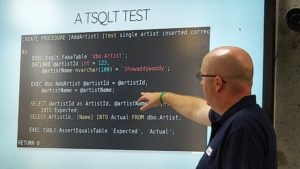 This years PASS Summit has seen some of the biggest announcements in SQL Server and Microsoft Business Intelligence history.

Below are some Microsoft Foundation sessions from the PASS Summit that talk about these products and what you can expect from them, now and in the future.

I’m interested to know some of the reasons you’re currently not moving your data, or at least a part of it, to the cloud.

Tell me the reason you’re not likely to use a cloud service like PowerBI.com.
Or do you know someone who’s not going to put their data in the cloud? Let me know as well!

Did you know about Power BI’s ability to connect to your on site data? And it’s ability to not put your data in the cloud? Does this want to make you adopt Power BI?

Seriously, tell me your reasons and I’ll do my best to address these issues in an upcoming blog post.

I want YOU to comment, tweet, hit me up on LinkedIn, or use whatever method suits you the best. Just let me know the reason (or reasons) you’re currently holding off the boat on adopting “the cloud” for your data analytics.

Let’s get this discussion going! 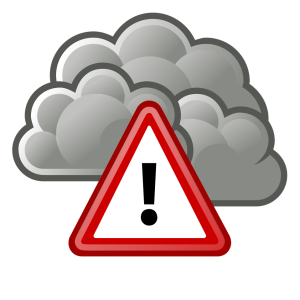 Today we’ll look at what Power BI was, is and can be thanks to users everywhere.

In this blog series, together we’ll go from beginner to expert in Power BI as fast as humanly possible.
On our path, we’ll use Microsoft and non-Microsoft resources and we’ll try to explore what Power BI can add to an enterprise BI stack.

We’ll be using datasets like the old AdventureWorks database and any useful databases we can get from opendata initiatives.
But we’ll also explore the new data source possibilities included with Power BI.
These include web pages, OData feeds, On-Premise Tabular models and much more.

This series will be split into “days”. With each day representing a bitesize and mostly self-contained “module”.
You can either go through all the content at once or pace it 1 day at a time.
As busy as everyone is these days, it is my suggestion to go through each “day” during a lunch, a quiet evening or even in a short group session at work.

This way, together we’ll go step by step through the desktop application and the web service.
Along the way we’ll learn to work with Power BI and discover in which way, different parts can be fitted into an existing Enterprise Business Intelligence solution.

Read on to get started!

Power BI 1.0 wasn’t great, Power BI 2.0 however is great!
Not only is it cheaper and a separate service, it also has a huge list of new features.

Read on for a breakdown of what’s new!

Well this sure is cool, going to try it out in the next few weeks.

Straight from Technet
“In order to assist you in your efforts at learning this new paradigm, we have put together a white paper for a Hands on Lab using a real-world scenario”