In part 1 of this series, I gave you a couple of reasons to start using R for visualizations in Power BI.

In this part I’ll tell you about the things I discovered and the problems that I ran into in this preview version.

Please note that the remarks below count for the december 2015 version of Power BI Desktop.
R script visuals is still a preview, things might change in later versions.

First off, let’s talk versions of Power BI Desktop.
I ran into quite a big problem for part 3 of my blog and while trying to figure out the reason with Dustin Ryan (blog | twitter) we found out that I was running a different december 2015 version than him.

I downloaded my version right after the update was available. I’m guessing that the PowerBI team silently released a newer version afterwards with a minor update.
Can’t really blame them, but from an enterprise standpoint, we need a notification and changelog to avoid version differences. 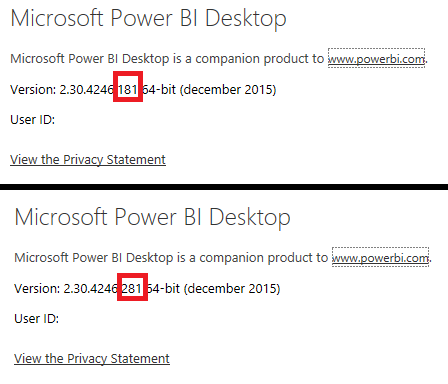 The official documentation still lists the .181 version as the latest. So someone dropped the ball there…

While taking the R integration for a spin I noticed that

From the previous point, it seems that R is just running in the background and that most of the functionality can be used.

Testing some basic functionality like importing and transforming data in the R visual worked fine.
I haven’t tried any predictive modelling yet but I assume that will just work as well.

This brings me to an error that I’m currently receiving on both my desktop and my laptop.
I’m not sure where the error comes from as I’ve already tried the following

The error tends to switch around a bit but this is the main one: 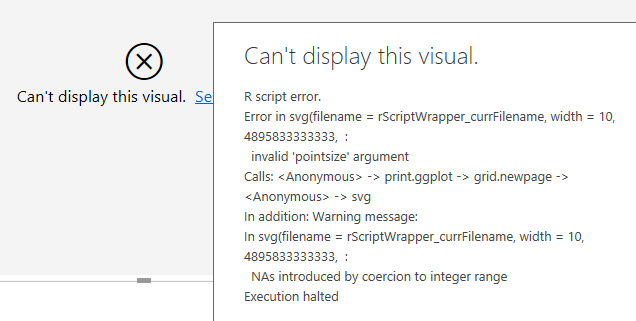 UPDATE:
The awesome Tom Martens (blog | twitter) politely pointed out that I should RTFM a bit better as this error is caused by comma’s representing decimals. This explains why Dustin Ryan (US-based) was able to run my creation while I wasn’t.

Instead of changing my entire region which has a larger effect aside from the decimal delimiter, I opened my control panel and just changed the Decimal symbol to a period. Doing this has the least impact on your system.

Have you tried anything cool that should be mentioned or linked here?
Leave a comment or get in touch via twitter or LinkedIn!